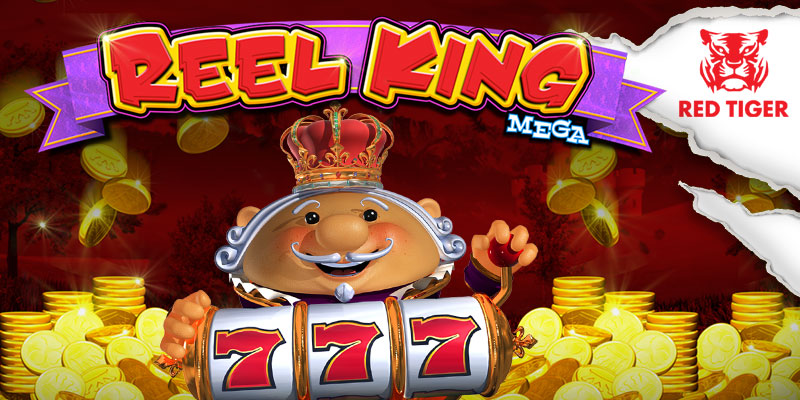 Seasoned gamers may be familiar with Astra Games’ popular Reel King online pokies game, and if they were a fans of it, they should definitely listen up. Reel King Mega is finally available to play at Royal Vegas Casino, and the good news is that this time around esteemed software provider, Red Tiger, was responsible for its design with some major upgrades and features on offer.  Those familiar with the original may notice hints of the initial game present, but Red Tiger has done well in offering some fresh features as well as a 5x3 layout and 20 paylines. The Reel King Mega online casino game was released in 2019, with the main target market being all types of player levels, whether they’re familiar with the first release or not. This title comes packed with old-school graphics and is designed to look like a pokies game within a pokies game – a little different to the often over-the-top pokies designs that we have seen being released in recent years. But, don’t be fooled by the pokies title’s classic feel, because there is nothing outdated about the playing experience or payout potential that it offers – plus, did we mention that players can give it a go on any PC, laptop, mobile or tablet device, too?

Pokies lovers, table game enthusiasts, or live casino fans – first time players, occasional players or seasoned players, no matter what their gaming preference, Reel King Mega caters to all. Plus, thanks to its compatibility with all devices, players can fire it up at a time and place that suits them.

Of course, the quality of a player’s experience is largely dependent on the type of bonus features that an online casino game has to offer. Fortunately, Reel King Mega has plenty available in this regard. Firstly, adding to the theme of the game is a selection of great classic symbols like plums, cherries, a bag of gold coins and a Wild symbol. Then there is the standard low value playing cards, A, K, J and Q. The bag of gold coins is the game’s most rewarding symbol, and if players land five of these on a payline, they’ll potentially receive a reward of up to 25x the stake. The Wild icon will play the usual Wild duties, by replacing all icons to help form possible winning combinations. This pokies game offers regular symbols as well as colossal symbols, meaning icons can appear as normal symbols, as well as colossal symbols by stretching to 2x2 in size.

Then there is the King’s Crown feature – activated at random. On any spin, the crown could appear and bounce on the screen. Any symbol that the crown touches will be transformed into a Wild icon and a payout will be calculated for all the Wilds present on the screen. But, that’s most certainly not where the features end. Another highlight of this title? The Reel King feature – activated when all five reels turn gold. When this happens, the king will appear on the screen and three mini reels will be present on his belly. One of these reels could trigger a mini game where players could walk away with a range of lucrative prizes. During the mini games, the symbols change colour, made up of blue, yellow and red 7s. The red 7s are the most rewarding icons, offering up a reward of 25x the player stake for land three-of-a-kind.

Top-of-the-range graphics and features, excellent playing mechanics, innovative themes, and compatibility with multiple devices are just some constants that players can expect to find when firing up a Red Tiger casino game at Royal Vegas. Red Tiger first opened its virtual doors in 2014, and has quickly grown to become one of the most respected and sought-after software designers in the industry. Popular creations by this provider include Reel King Mega, Mystery Reels, Jack in a Pot, and so much more, and are available in the Royal Vegas casino game tab for added convenience.

At Royal Vegas we’re always looking to give players access to the best-of-the-best when it comes to online casino games – and we’re sure that the addition of Red Tiger and the Reel King Mega slot truly ups the ante as far as the level of entertainment quality is concerned.  Since its initial launch in 2000, Royal Vegas has become a trusted name amongst players in New Zealand, with a selection of great pokies, table games and live dealer titles available. Plus, with high-level security technology employed to safeguard player personal and financial information, members interacting with the establishment can rest assured that providing an environment encounter that is both safe and fun is always a top priority at this prestigious hub!